NEW ALBUM After Image, Out Now

Bitter Birds debut full length featuring Singer Mayberry on guitar and vocals and David Lujan on drums, vocals and bass organ. Playing music together since around 2004 in their former band Red Leaves, Lujan and Mayberry started this new project as a duo in 2011. Discovering the best way to act as both drummer and bass player for the band, Lujan built a foot pedal organ keyboard to play live and record with. They are now on their second iteration of bass pedal keys and the result can be heard on this album. 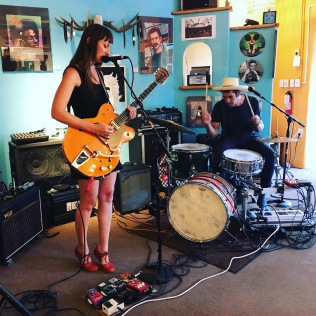